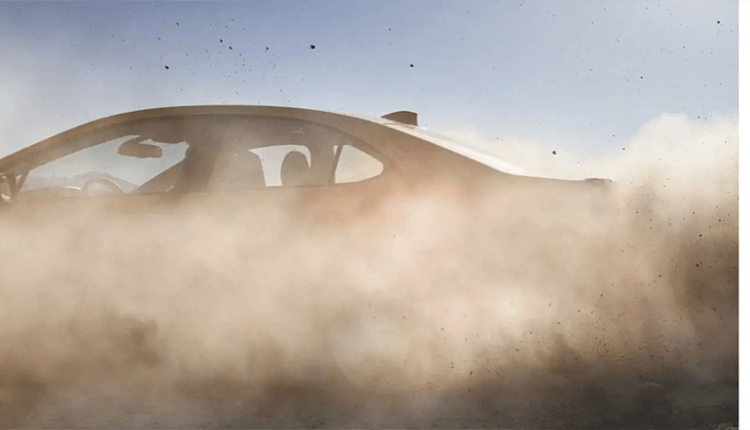 It doesn’t look much different from the ongoing model though.

Subaru will introduce the second generation of the WRX – an important member of the company’s lineup. The automaker has already teased the sedan, and we have seen its spy shots that reveal many of its details. The new 2022 Subaru WRX doesn’t look much different from the ongoing model, though.

The Japanese automaker has also announced to officially reveal the new WRX on Thursday, August 19, at the New York Auto Show. Subaru didn’t tell the time of the reveal, but they did mention it will be an online premiere. This debut was planned for last year, but it had to be delayed due to the coronavirus pandemic.

While announcing the 2022 Subaru WRX debut, the automaker also published a teaser displaying the car drifting in the dirt. The dirt hides most of the details; however, we can see it looks slightly different in styling to the ongoing model.

The 2022 Subaru WRX will get major overhauling. Reportedly, it will feature a 2.4-litre turbocharged flat-four engine, also delivering energy to the Ascent, Legacy, and Outback. The mill is good for 260 horsepower (194 kilowatts) and 277 pound-feet (376 Newton-meters) of torque. For performance-oriented WRX, Subaru would definitely bump up the engine’s power.

2022 Subaru Forester Gets A Facelift In Japan

Subaru Solterra Will Be Brand’s First EV, Going on Sale in 2022