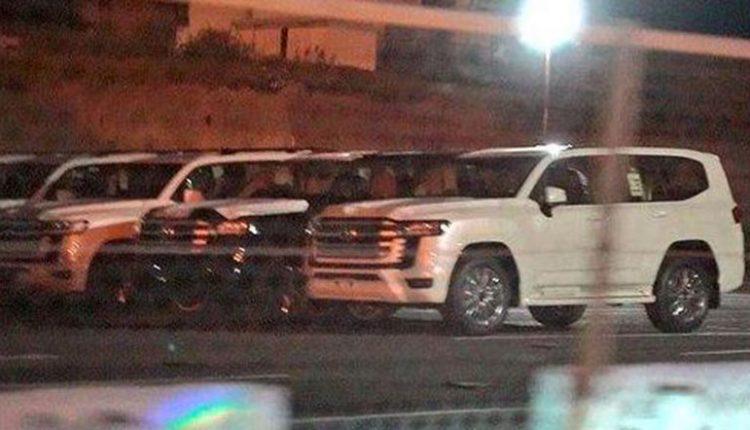 CocheSpias.net has leaked the new generation of Toyota Land Cruiser, and the internet has gone crazy about their favorite SUV. The photos show that the new 300-series is more advanced-looking from the front. However, the overall shape of the vehicle looks similar to the 200-series. The new Toyota Land Cruiser might not arrive in the U.S. because the company has already announced its discontinuation from next year.

The U.S. customers might feel contented with the Lexus LX, which is similar but more luxurious to the Land Cruiser. And because it already outsells Toyota stablemate in America and is hardly pricier, people may prefer the LX more even if the new Toyota Land Cruiser lands in the States. Whatever is the case for the U.S., it will definitely arrive in the UAE, where it is a go-to vehicle for both on-road and off-road pursuits.

For the new generation, both the 300-series and the upcoming LX are eyeing new powertrains such as the twin-turbo 3.5-liter V-6 mill pumping energy in the Lexus LS as well as a hybrid model. Of course, we are also expecting the latest four-wheel-drive system and various off-roading packages for the ultimate driving experience.

Suhail Ajmal Aug 27, 2021 0
Hyundai Mobis - the South Korean automakers locomotive supplier arm, is all set to arrive at the IAA in Munich with…
News