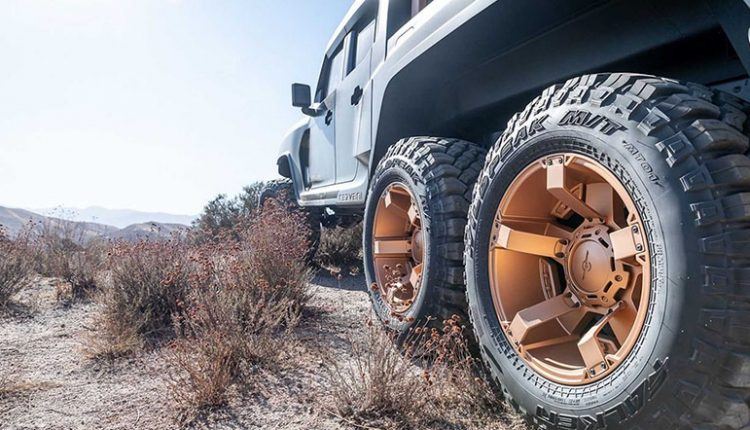 Rezvani says it will be the most powerful six-wheeled truck on Earth.

The California-based automaker Rezvani, famous for creating military-spec, road-legal vehicles has teased its upcoming creation, the Hercules 6×6 in a post on Instagram. This is not the first time the company teased this military-spec SUV. In June, they posted a couple of teaser images, one of which showed the two rear axles with both rims finished in black. The recent teaser displays a set of rims finished in copper.

The teaser also comes with the caption “the god of all trucks.” Rezvani says it will be the most powerful six-wheeled truck on Earth, which means we can expect monstrous power beating the rivals like Hennessey.

The company plans to make the official reveal in a few weeks. The pricing details are unknown yet, but we bet it won’t be cheap. Interested customers can book the Hercules 6×6 for a $266 deposit (refundable).