The video has nearly 1 million views on this video (as we speak).

What would you do with your car if it breaks down often on the road? We know you will send it for tuning and repair until all the problems are solved. However, this isn’t the case for an unhappy Russian Vlogger, Igor Moroz (a prankster), who released his anger by dropping his 2019 Mercedes AMG G63 from a height of 1,000 feet. He recorded a video of the occurrence and shared it on his YouTube channel, as well.

According to independent reports, Moroz purchased the Mercedes AMG G63 in 2018 for $270,000, and have since been facing multiple technical issues. Talking about Moroz’s story, his SUV was spending more time at workshops rather than his home garage, so he decided to get rid of it in the most bizarre way possible.

Being a prankster, we can expect a twist in the story and this is what Kolesa website says. They say the luxury SUV was in perfect running condition and Moroz did this stunt because he made an agreement with one of his friends for this drop. The Russian police have started inquiry of the occurrence. 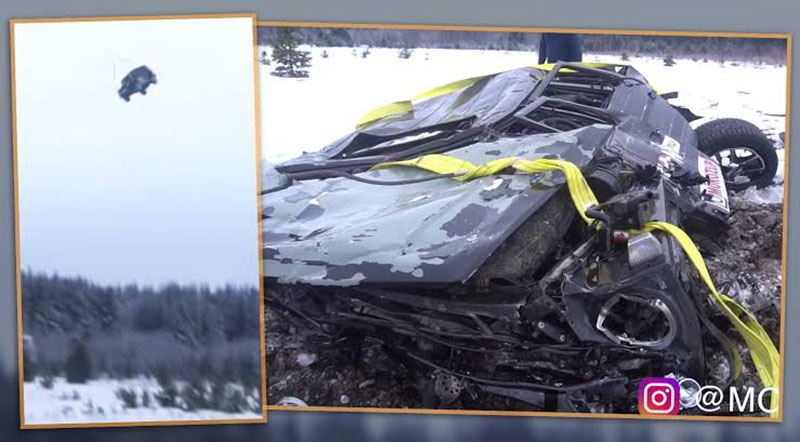 Moroz, who has around 61.5K subscribers on YouTube, has nearly 1 million views on this video (as we speak). It means, for whatever reason Moroz went for this act, it will eventually pay him off.

Regarding the 2019 Mercedes-AMG G63, it is a high-performance machine carrying a 4.0L bi-turbo V8 petrol engine pumping out 585 bhp and 850 Nm of torque. The engine is mated to a 9-speed automatic AMG Speedshift transmission, transmitting power to all the wheels. This huge power enables the SUV to hit 100 km/h in 4.5 seconds, only. It maxes out at 220 km/h.