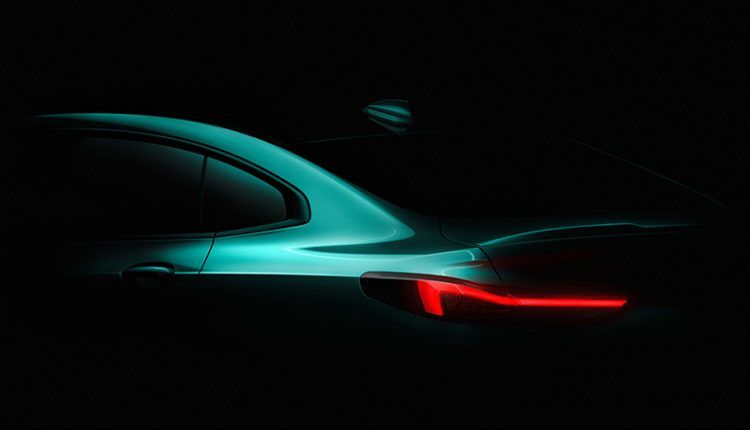 The Coupe will probably carry a 2.0 liter diesel engine.

BMW has released a single rearview image of their widely anticipated entry-level four-door car, the 2020 BMW 2 Series Gran Coupe. The German automaker will unveil it at the Los Angeles Auto Show later this year, with deliveries expected to start in spring next year.

Even though the teaser only shows the coupe’s inclined roofline and the rear lamp, the car oozes in class. The LED tail lamps are reminiscent of the new 3 series but are sleeker and ergonomic. The 2020 BMW 2 Series Gran Coupe gives the best of both worlds in terms of practicality and style. On the front, expect a traditional upright grille with large lamps.

However, the most striking aspect is its front-wheel-drive architecture. This should make the Coupe spacious, as there is no need to have a transmission tunnel. The Coupe is expected to accommodate 4 adults. However, anyone with an above average height will have problems sitting at the back due to the sloping roofline.

The Coupe will probably carry a 2.0 liter diesel engine pumping out 150PS output. The range-topping engine option will include the new 2.0-liter turbo petrol creating 310PS. Furthermore, a slip control system supports BMW’s Automatic Stability Control feature, which helps against understeer. With a price cap of around £28,000, the Gran Coupe 2 Series is set to rival the Mercedes CLA Coupe.

BMW Concept i4 Unveiled In Production-Spec