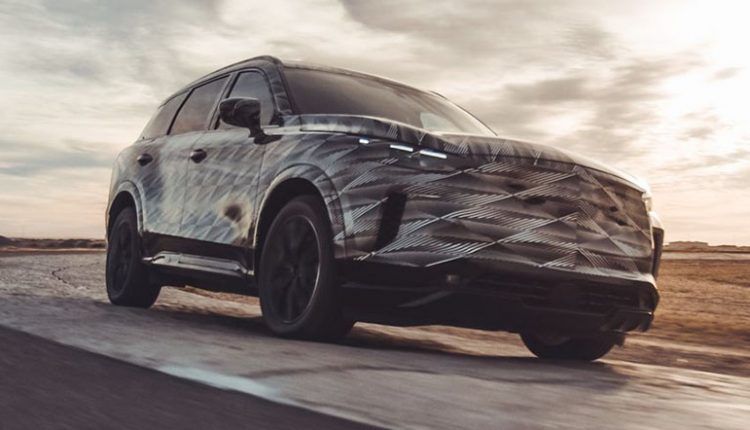 Expect the luxury crossover SUV on the dealerships before the end of this year.

After introducing the Nissan Pathfinder, the luxury division of the Japanese automaker is now revealing some details about the 2022 Infiniti QX60. The three-low luxury SUV borrows lots of details from the Pathfinder. The luxury model would see the similar powertrain changes, replacing the present continuously variable transmission (CVT) with a new nine-speed automatic made by ZF.

The QX60 will also have the same 3.5-liter V-6 available in the Pathfinder, however, the luxury model will offer a little extra power than the Nissan’s offering rated at 295 horsepower.

While the images of the prototype do not give us much idea of its design, we can extract some information from the QX60 Monograph concept, revealed last year. It was very innovative and posh than the present QX60 that came in 2013.

While the Monograph concept did not show off its interior, we expect it to feature luxurious materials, more standard facilities, innovative tech and extra safety features. The seating would still consist of three rows and look pretty much like the Pathfinder. So, we are assuming an eight-passenger configuration with a three-place bench in the second and third rows, or a seven-passenger arrangement with freshly accessible second-row captain’s chairs.

More details about the 2022 Infiniti QX60 will come out in the coming days. Expect the luxury crossover SUV on the dealerships before the end of this year.

2021 Infiniti QX55 Another Teaser Image Before Its Debut In November