It will arrive at dealerships in the U.S. and the UAE later this year.

The Japanese automaker has announced to reveal the 2022 Mitsubishi Outlander at an event on February 16. Courtesy to leaked images, we already know some design details of the SUV. However, we have to wait for a few more days to find information on the powertrain and interior facilities.

Mitsubishi launched the present-generation Outlander in 2014, so the new generation was long overdue. Reportedly, the 2022 Mitsubishi Outlander will borrow some of its underpinning from the updated 2021 Nissan Rogue including the powertrain. The Rogue comes with a 2.5L inline-four mill. The automaker is also offering the plug-in hybrid variant in this generation. 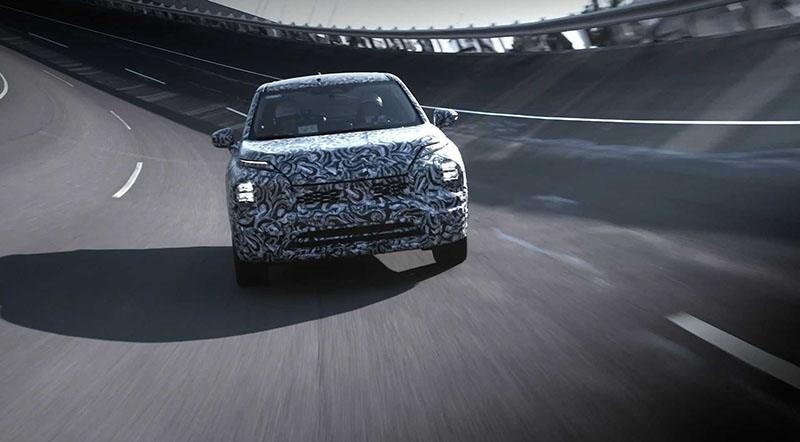 The company shared a video showing the prototype of the SUV going off-road. We also got to know that it will have Mitsubishi’s Super All-Wheel Control all-wheel-drive system. Furthermore, the company told us that the SUV will be bigger than previous, which means the non-compulsory third-row seating will still be there.

Mitsubishi will launch it through live stream on February 16 at 6 p.m. EST. It will arrive at dealerships in the U.S. and the UAE later this year. Pricing details aren’t revealed yet.

2022 Outlander Updated, Featuring Unique Styling Inside and Out