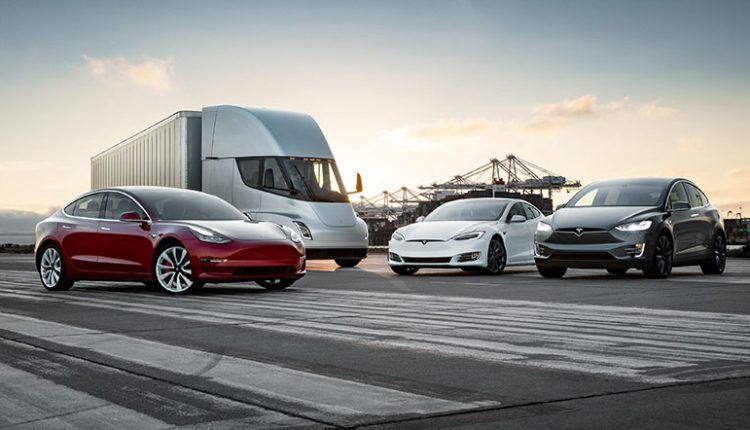 Tesla Inc. did a tremendous job in the last quarter of 2020 by delivering 499,550 vehicles

Tesla Inc. did a tremendous job in the last quarter of 2020 by delivering 499,550 vehicles, felling just a little short of its half a million unit’s promise for the complete year.

The automaker completed 180,570 vehicles in the last quarter of 2020 surpassing its previous all-time high of 139,300 in the Q3 2020 while improving 36% from 367,500 units completed in 2019. Tesla has been increasing its production capacity to meet the high demand for its electric vehicles.

The Palo Alto, California-based company stated that these figures are not final and the true count may vary by up to 0.5% or more.

The improvement in deliveries should be seen as an indicator of consumer’s higher interest in Tesla’s electric vehicles. Last year was very eventful for Tesla and CEO Elon Musk where the company connected to the Standard & Poor’s 500 Index on Dec. 21 thanks to the five successive quarters of profit.

Tesla Cars Are Second-Best in Quality In China: J.D. Power…

Tesla hinted at the start of 2020 that they will achieve half a million unit’s delivery target in the full year. Experts also expected the same and this is why its shares rallied up even during the weakening days of 2020.

Tesla’s increased output was mainly due to its Chinese plant and the fast production of Model Y in the US.

While Tesla is enjoying the number one spot in the EV market right now, it might not be able to sustain this crown for a long time with established companies like General Motors Co. and Volkswagen AG working to mass-produce new electric vehicles.

Elon Musk Tweeted He Tried To Get Apple To Buy Tesla