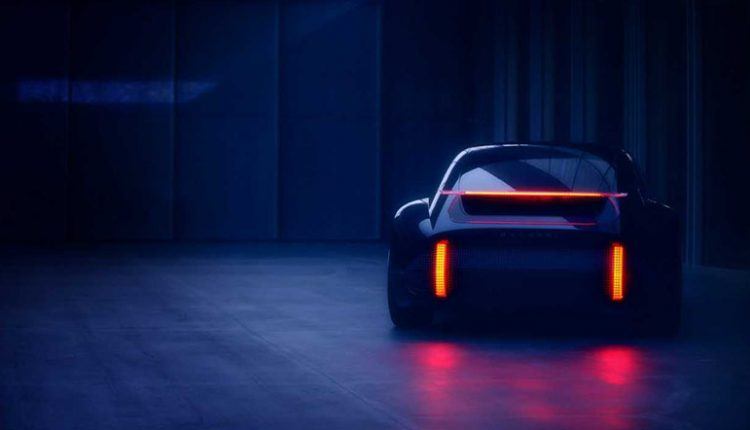 Hyundai has released a teaser image, which reveals the rearview.

The 2020 Chicago Auto Show is progressing toward its successful ending and now automotive fans have turned their focus on the 2020 Geneva Motor Show, which will start next month. The automakers have already started lining up their offerings for this popular motoring event. To detail its future design language, Hyundai is bringing the Prophecy EV concept.

Hyundai has released a teaser image (shown above), which reveals the rearview of the electric car featuring a wide, rounded back fender, and a spread-out honeycomb space amidst a pair of vertical taillights. The roof is tall and curved. We also see a horizontal brake light, which divides the rear window and the lower end.

The automaker says the Prophecy EV Concept hints its future designs for EVs only and they have plans to take this particular styling for production.

“Prophecy does not follow trends. It accentuates timeless beauty that will stand the test of time,” stated SangYup Lee, leader of Hyundai’s global design center. “Its iconic design stands to expand Hyundai’s design spectrum toward even broader horizons.”

Apart from the Prophecy concept, Hyundai will also outline its electrification strategy at the show. The concept will actually make its official debut on March 3 before the show opens for the public. We hope to see more pictures of the Prophecy in the coming days.