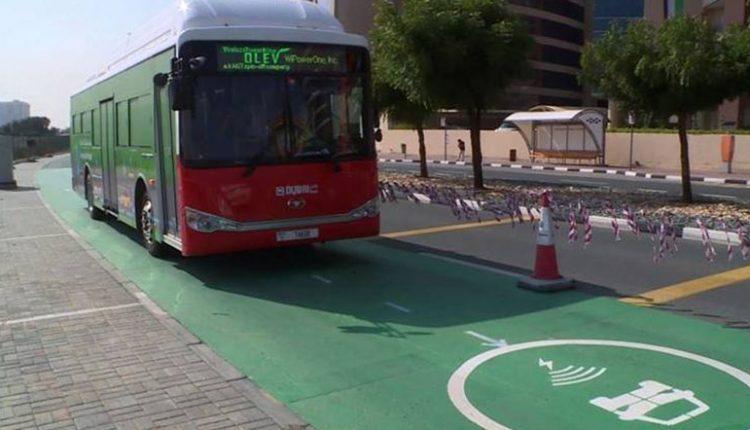 The RTA has joined hands with the Dubai Electricity and Water Authority (DEWA) and Dubai Silicon Oasis to create a power-charging grid under a 60m road stretch. The system uses Shaped Magnetic Field In Resonance (SMFIR) technology for wireless charging of electric vehicles on the go. The results of this trial were highly efficient.

“The RTA has tested an electric vehicle and a bus on this path, and results proved a highly efficient wireless charging system comparable with cable charging. Moreover, the electromagnetic level on board was within the accepted global range,” stated Mattar Mohammed Al Tayer, Director-General and Chairman of the Board of Executive Directors of the RTA.

RTA has launched the test-run of the dynamic wireless charging of electric vehicles and buses in motion using the Shaped Magnetic Field In Resonance technology. pic.twitter.com/imJbwHXoJc

“It enables seamless operation of the vehicle without any stopping at charging stations. Embedded under the road, the technology is invisible and as such has no visual pollution impact on the city. Also, it does not hamper the movement of people and vehicles (unlike) on-road cable chargers.”

The introduction of such technology for mainstream cars would motivate consumers to buy electric vehicles. Saeed Mohammed Al Tayer, MD & CEO of the Dewa, stated “The Dewa has installed over 240 charging stations for electric vehicles across Dubai. We plan to increase this to 300 by the end of 2020.”