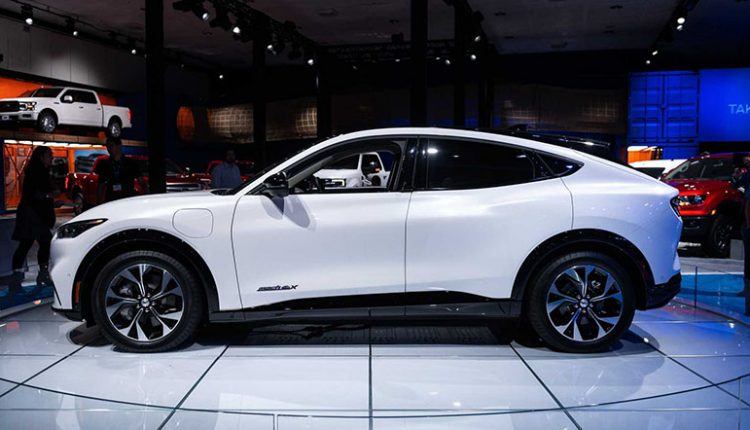 Two out of three customers have been using a vehicle from another auto brand.

Just like Tesla Cybertruck, Ford’s Mustang Mach-E took the world by storm, thanks to its dominant looks and innovative technology for quite a reasonable price. A few days back, we told you that Ford sold all First Edition models within a few days of Mach-E’s unveiling. Now we have another surprise for you; most of the customers of the Mustang Mach-E electric SUV are actually new to the brand.

According to The Detroit News, two out of three customers have been using a vehicle from another auto brand. Another astonishing fact is that they never used an electric vehicle. This shows how influential the automaker was in their unveiling party. Ford declared that the presentation was viewed by over 6.5 million times and approximately more than 1.6 million reached Ford’s website searching for the Mach-E.

“It’s been exciting for the store,” said Tim Hovik, the proprietor and general manager of San Tan Ford outside of Phoenix. “I’ve been doing this 27 years, and you can kind of count, on one hand, the times we’ve dipped our toe into a completely new segment.”

“There’s certainly a lot of buzz, which is the most important thing for any new vehicle,” said Karl Brauer, an auto journalist at Kelley Blue Book. “This is exactly what Ford wanted to do, and they seem to have done it. And they’re bringing non-Ford people into Ford dealerships, which is the dream of any automaker.”

Source: Motor1 and The Detroit News

2021 Ford Bronco Debuts – The Most Anticipated Vehicle of This Year