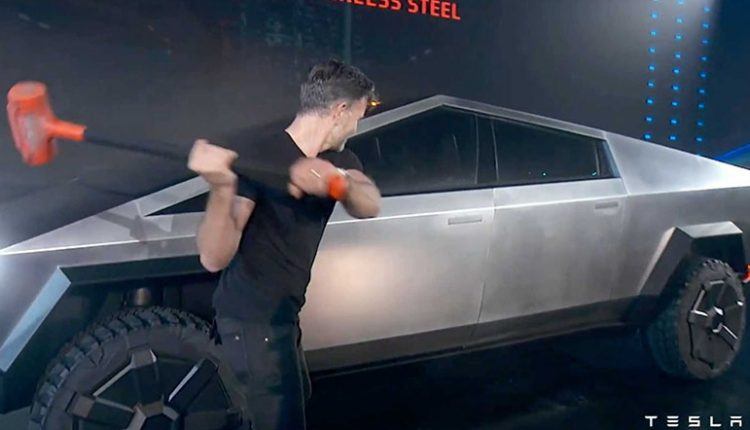 But do not get too excited right now.

The Tesla’s Cybertruck has been a talk of the town since its release due to its crazy design and features. And why it shouldn’t be when there is so much to talk about this utilitarian vehicle. Replying to a question of creating a baby Cybertruck, Musk tweeted that it is a long-term possibility.

Long term, it probably makes sense to build a smaller Cybertruck too

While a smaller version really does make sense considering its utility and attainability, we should not get too excited right now. The reason is, the Cybertruck will take at least 2 years to go into production while the top-of-the-line variant may take another year after that. So, at least we should not expect it for at least 3 years or so.

First Delivery of Chinese-Made Teslas Made to Company…

Talking about the utility of a baby Cybertruck, it might be easier to maneuver in the city since the announced truck has a long wheelbase of 149.9 inches. Of course, Tesla has to reduce the bed size for the smaller version, so we might not be able to place a tent on it. While eyeing on a baby Cybertruck, we would also appreciate a single-cab version.

That being said, we believe not many are thinking about the baby Cyber truck right now because we witnessed more than 200,000 people made a refundable deposit of $100 each. Though we have to see how many will actually purchase it.

What’s going on the company side is perhaps more important. The automaker has to first launch the Model Y and also work on the 2nd Generation Tesla Roadster.

First Delivery of Chinese-Made Teslas Made to Company Employees

Tesla Cybertruck Debuts, Stunned the Crowd with its Looks and Strength