The truck passed many other tests on the show though.

Tesla unveiled its first electric pickup truck last Thursday in Los Angeles, and yesterday we gave the highlights of the launch. What we didn’t share with you was the breaking of ballistic glass windows. While signifying the muscle of the Tesla Cybertruck, Elon Musk requested the lead designer, Franz von Holzhausen, to lob a solid metal, baseball-sized ball at the window. The result was a broken glass, which surprised everybody at the launch, notably Musk.

He said, “We threw wrenches, we threw everything, we even literally threw a kitchen sink at the glass, and it didn’t break. For a little weird reason it broke now, I don’t know why.” 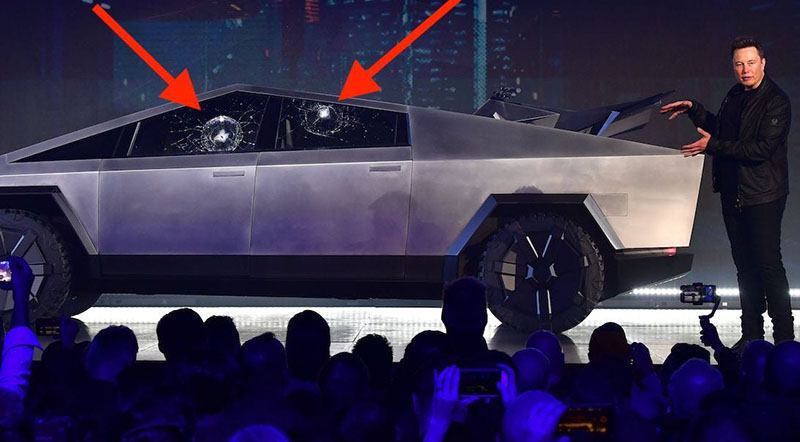 First Delivery of Chinese-Made Teslas Made to Company…

It was definitely a test-go-wrong kind of scenario, as we saw the video of the scene went private on Tesla Youtube Channel soon after the Livestream ended.

Take this incident of broken glass windows aside; the Tesla Cybertruck passed many other tests on the show, such as its body enduring the ponding of a sledgehammer.

The pickup truck market is flourishing in the U.S., and the $39,900 Cybertruck is coming to compete in this segment against the likes of Ford F-150 and Chevrolet Silverado, although they both are essentially not electric trucks.

The video is surprising yet funny! What do you think about it?

First Delivery of Chinese-Made Teslas Made to Company Employees

Tesla Cybertruck Debuts, Stunned the Crowd with its Looks and Strength