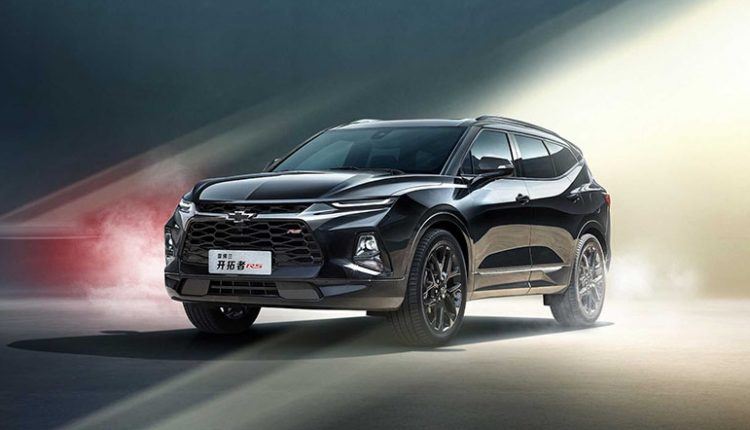 It came alongside the new Menlo electric crossover.

No doubt, the crossovers, and SUVs are attracting more and more people lately in almost all parts of the world due to their power, comfort, roominess, and dominant styling. Chevrolet has been playing on the forefront in these segments offering a number of SUVs and crossovers such as Traverse, Suburban, Trax, and Tahoe. In China, they are doing a little more to quench people’s thirst for crossover SUVs. Meet the 7-Seat Blazer, which is about 5 meters (16 feet) longer than its five-seat sibling is.

The 7-seat Blazer was recently unveiled in China alongside the new Menlo electric crossover, the automaker’s first all-electric vehicle for Chinese customers. Both vehicles are exclusive to the Chinese markets.

The Menlo looks sleek and dashing in the picture released by the automaker. Although we don’t know much about the low-riding crossover, we feel it looks similar to the FNR-X Concept crossover displayed in Shanghai in 2017.

While the 7-seat Blazer is exclusive to Chinese customers, for the time being, we expect it to reach UAE and U.S.A. markets in the near future.

Chevrolet to Introduce Two Crossovers, Trailblazer and Tracker in Shanghai