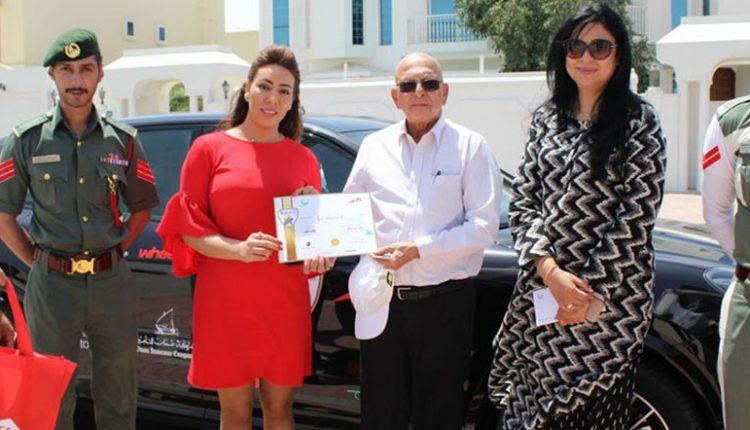 It is starting from today in collaboration with RTA and Sharjah Police.

If you have been driving safely in Dubai or Sharjah, you can be among lucky 30 to receive Dh1,000 cash from this Monday to Wednesday. The Shell GoldStar Contest is starting from today in collaboration with Dubai’s Roads and Transport Authority (RTA), Sharjah Police, and Ciel Marketing & Events.

The contest was first held in April 2019, where 30 road users won cash prizes and certificates on following traffic laws. The Shell GoldStar Contest bestows cash rewards to those motorists, walkers, and cyclists who abide by traffic rules and regulations. For motorists, good driving habits include wearing seatbelts, abstaining the use of a cellphone while driving, keeping in their lane, fixing child safety seats, making use of indicators, and driving within the speed limits.

Walkers who only use specified pedestrians crossings should consider themselves a nominee of this contest. Similarly, cyclists will be judged on their cycling practices.

“At Shell, we always aim at prioritizing safety practices, with road safety being one of the pillars that we commit to. Throughout the three days, we hope that the contest will increase awareness of road safety practices and encourage people to think of how they can be safer on the roads,” stated Ali Al Janabi, Shell Country Chairman for the UAE.

The RTA and Sharjah Police are responsible for nominating the safe road users. They will pick ten road users daily from Monday to Wednesday, thus will reward a total of 30 users.

“Over the past year, our data has shown around a 20 percent decline in the frequency of motor claims. We see this as a reflection of strong government initiatives that work towards improving road safety in the UAE,” stated Julien Audrerie, Head of Consumer Lines of Oman Insurance Company.

Deema Hussein, Traffic Awareness Senior Manager, RTA, stated: “It is always good to keep reminding motorists about the positive results when they are careful on the roads. The Shell Goldstar Contest is an on-ground activity that reaches out to a wider section of road users, and we are happy to support it.”

Roshanara Sait, Director, Ciel Marketing & Events and Founder of the GoldStar campaign, stated: “It is critical to inculcate an environment where diligent road safety habits are not enforced but must become a natural part of road user behavior.”

RTA Restricts Number of Riders to Two in Dubai Taxis