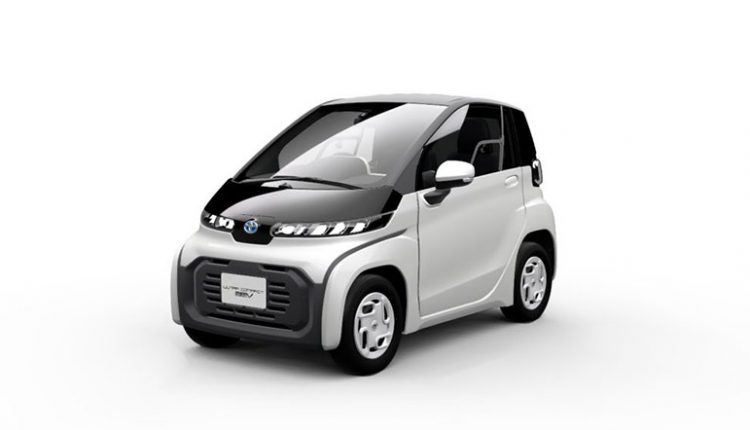 Toyota Will Introduce An Electric Minicar at Tokyo Show

Aimed at urban drivers, the small city car will hit the roads in the fall of next year.

The 2019 Tokyo Motor Show is around the corner, and fans are excited to see the fascinating offerings by the automakers. At Toyota’s booth, we are expecting to see an electric minicar, named Ultra-Compact BEV along with an LQ self-driving car concept and other models.

While Toyota took long to realize the significance of battery-powered cars, they will catch up soon if they achieve their target of selling 1 million battery- and fuel cell-electric models, by 2025.

Aimed at urban drivers, the small city car will hit the roads in the fall of next year. It has just two seats and is 98 inches long. The maximum speed is limited to 60 km/h.

Toyota also has plans to introduce this electric minicar for commercial purposes with different interior layout options to suit the needs of customers. Akihiro Yanaka, Toyota’s head of development, said this minicar would also be suitable for seniors who have to move around the city frequently.

The Tokyo Motor Show will officially kick off on 24 October. Stay tuned for updates!