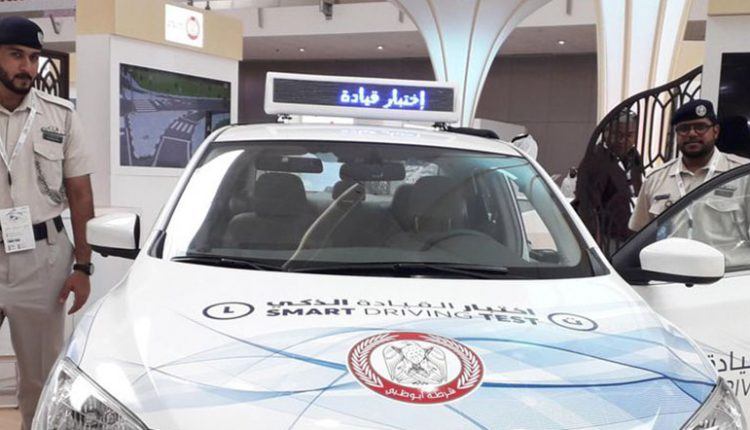 The Police displayed a prototype at the World Road Congress at Adnec on Sunday.

The Abu Dhabi Police will start using Smart Driving Test cars from December to analyze the driver’s abilities and behavior during driving tests. The Police displayed a prototype at the World Road Congress at Adnec on Sunday. The car features nine cameras, six outside, and three inside the vehicle. The authorities have plans to install this smart system in their entire driver testing cars, which counts 18 at the moment

“One camera focuses on the driver’s face to observe whether he or she checked the side mirrors before changing the lanes on the road,” said Hamad Al Hammadi, drivers’ inspector at the drivers’ licensing department of Abu Dhabi Police.

“If he fails to see the mirrors before turning or changing lanes, it will be counted as a mistake,” the official stated.

“The purpose of the vehicle is to reduce human intervention during the driving test. It will flag mistakes committed by applicants and direct him to drive on a particular road. The vehicle will inform him about mistakes and the places where he committed those mistakes during the test,” Al Hammadi stated. 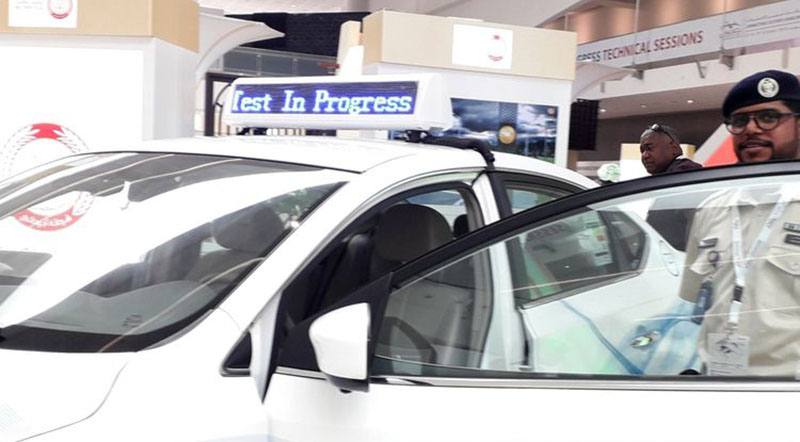 Abu Dhabi Police Warn Drivers Who Do not Respect Zebra…

Although the cameras in new smart driving test cars are always ready to monitor the drivers, examiners will still be available for guidance and handle any emergency.

As a driver sits inside the smart car, they have to insert their Emirate ID card in the reader, which will bring their details on the screen. The system is linked with the traffic police control room.

“These smart driving test cars will only be used for tests after a person completes driving lessons and turns up for the final driving license test,” he stated.

“After the test, we send the result through a text message to the driver. If a person fails, we will tell him reasons and will show him the video of his mistakes as the entire test will be recorded by onboard cameras,” he clarified.

Earn up to 50% Discount on Traffic Fines in Abu Dhabi

Main Causes of Road Deaths in the UAE Revealed