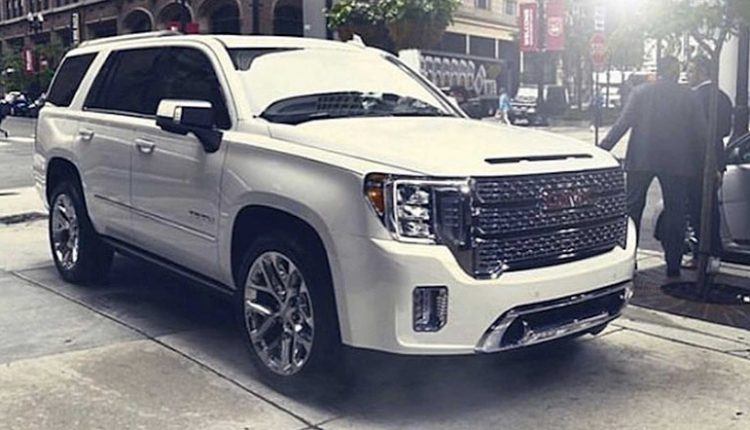 An Instagram user posted the above photo on his page.

We know that the upcoming Yukon is up for some significant changes, but we never witnessed any spy shots of the new model until an Instagram user, c_zr1, posted a photo on his page. The picture which looks like taken from a brochure allegedly shows 2021 GMC Yukon Denali.

2021 GMC Canyon AT4 Gets an Offroad Performance Kit

As seen above, the Instagram post is in Arabic, which captions it as “GMC Denali’s imaginative design.” Are we seeing the new 2021 GMC Yukon Denali, which never showed its face online, or is it just an artistic rendering? We can’t say for sure!

We only have seen spy pictures of Chevy Tahoe so far, which relates to the GMC Yukon, but those pictures do not reveal much about the full-size SUV. So in essence, we take it as an imaginative image of the 2021 GMC Yukon Denali.

If you ask us to give you our take on this leaked image, we like it, and hope to see it in some form in the future.

2021 GMC Canyon AT4 Gets an Offroad Performance Kit