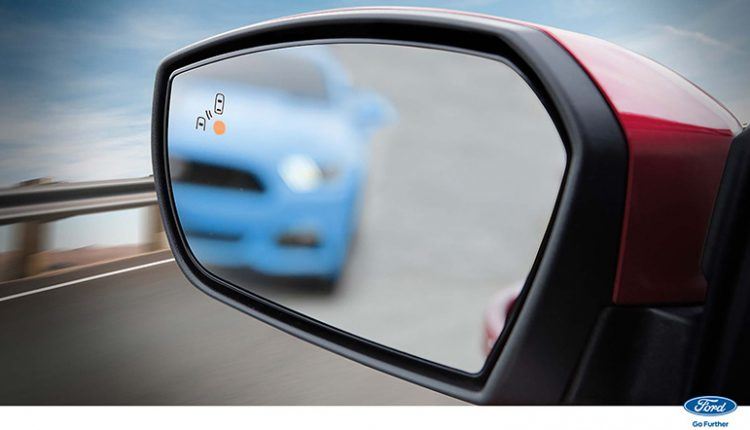 Road accidents can happen for a lot of reasons. According to some studies, most of them occur due to poor lane discipline. Swerving from one lane into another is a common phenomenon on the roads here. According to Dubai Police, they recorded 438 crashes of this sort in 2018 in Dubai alone. These incidents took the lives of 59 people while 495 others received injuries. To avoid such accidents, the best way is to monitor blind spots. However, that’s not easy in heavy traffic. Any momentary lapse can play havoc on the road. Consider Ford BLIS with Cross Traffic Alert, a real lifesaver on the roads of UAE, which are teeming with heavy traffic all day long.

Ford BLIS (Blind Spot Information System) with Cross-Traffic Alert is a standard feature on most of their vehicles. It is a part of Ford’s new CoPilot360® suite of driver assist facilities. As the name suggests, it observes blind spots through radars, which are placed behind each rear wheel. The radars continuously monitor blind spots during driving as well as reversing and warn the drivers as they spot any hazard.

“Ford has always put the safety of its customers first with seamless technology that helps take away the stress of driving,” said Jamie Rae, Marketing director, Ford Middle East. “By constantly monitoring driving blind spots – both on the road and when reversing out of carparks with a restricted view of oncoming traffic, pedestrians and cyclists, BLIS with Cross Traffic Alert really has your back, both on the road and in the carpark.”

Whenever Ford’s BLIS notices a vehicle in either blind spot, it signals the driver by lighting up an indicator in the wing mirror. The BLIS system works automatically and continuously during the whole drive.

Additionally, Cross-Traffic Alert employs the same radars to observe incoming vehicles as the driver reverses his Ford. As it spots any vehicle, it lightens up the side view mirror indication and alerts the driver through different sounds. Moreover, the system pops up a cautionary message indicating the driver of an imminent collision from behind. As with BLIS, this works automatically when the driver engages Reverse gear.