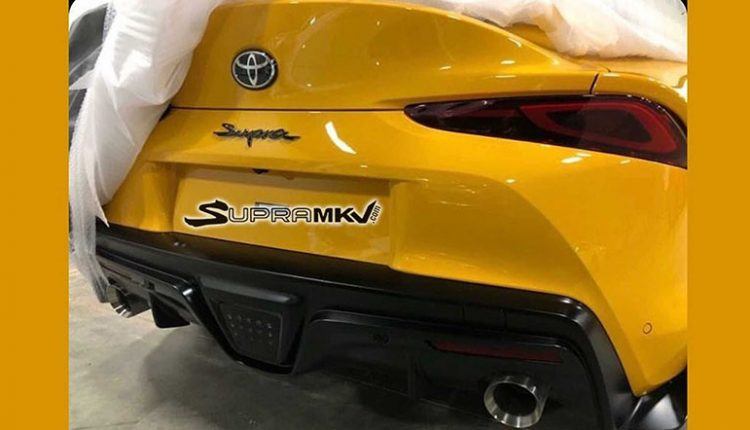 Another Leaked Photo of 2020 Toyota Supra

Toyota intends to bring Supra in the market by the mid of next year.

Toyota is readying the fifth-generation Supra for unveiling at the 2019 North American International Auto Show in Detroit. However, that might not surprise us a lot since we have already seen the 2020 Toyota Supra from the front and the rear. Similar to a previously leaked photo, the second one also appeared on Supra MKV forum revealing its lower rear fascia, diffuser, exhaust tips, and the location of the Toyota symbol. 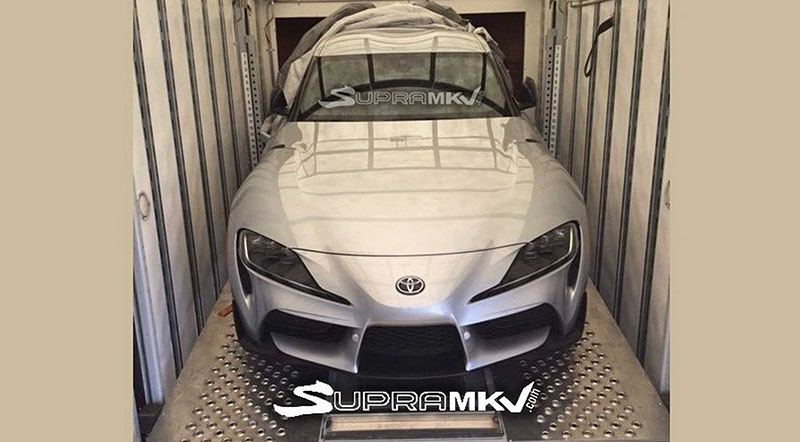 The new Supra is built on the same platform as available in the new BMW Z4. In addition, the Supra will also share the powertrain with the Z4. Both the cars are being developed in a production site in Austria.

The Supra will carry a BMW’s 3.0-liter turbocharged inline-6 good for 335 hp taking it to 60 mph in less than 5.0 seconds. Toyota also plans to introduce a hybrid Supra later assisted by a 2.0L turbocharged inline-4. We believe that could be a track-focused Supra.

Toyota intends to bring Supra in the market by the mid of next year. After Toyota showcases 2020 Supra at the 2019 Detroit show, they would preview a Supra-based race car, which they are producing for Japan’s Super GT touring car series. Its preview will take place at the 2019 Tokyo Auto Salon as a concept car.