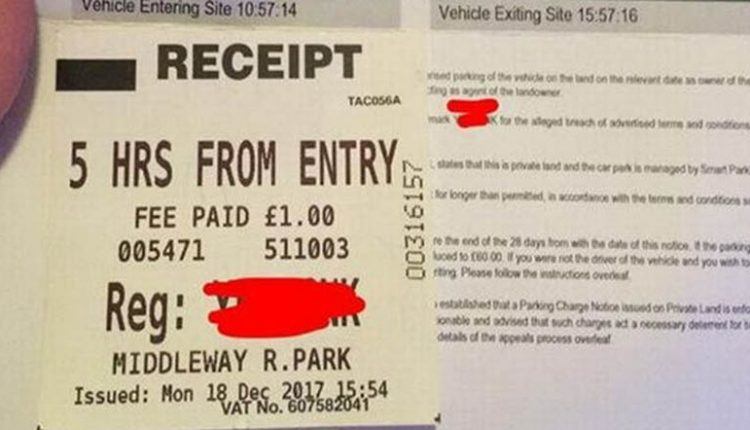 Amy contacted Smart Parking that was responsible for it in the first place.

A young lady in the UK got £100 parking fine for overstaying by only two seconds. The 22 years old Amy Bendall went to the gym after leaving her vehicle in the parking lot. After her workout, she went into town, came back, paid £1 for 5 hours stay and left.

However, after four days she got a notice along with pictures that showed a picture of her car arriving and leaving the parking lot.

The pictures indicated that she had overstayed for two seconds and now had to pay a £100 parking fine.

Amy, living in Stapenhill, contacted Smart Parking that was responsible for it in the first place.

The firm canceled the notice as soon as they got informed about the issue.

“I had gone to the gym and then into town. I checked the time and paid for the five hours I had been there, but then I got a ticket for staying two seconds longer,” said Amy to Mirror.

“You would have thought there would be a bit of a grace period. It took me a little longer to get out of the car park because I got stuck in a queue. It would hardly be fair being fined for that.”

Amy also told that she normally doesn’t keep receipts but she was glad she kept it this time.

A spokesman from Smart Parking acknowledged that they had canceled the fine issued to the woman. However, he declined to comment further on the story.