We got a chance to test drive the Touring variant and below is our review.

The 2017 Honda CR-V was first displayed in October last year and was revealed officially at the Seoul Motor Show 2017. It was launched in the UAE in May, 2017 at a private event held at the Waldorf Astoria, Ras Al Khaimah.

The 2017 Honda CR-V is available in four trim levels namely – LX (base), LX Plus, EX Plus and the range-topping CR-V Touring grade. We got a chance to test drive the Touring variant and below is our review. 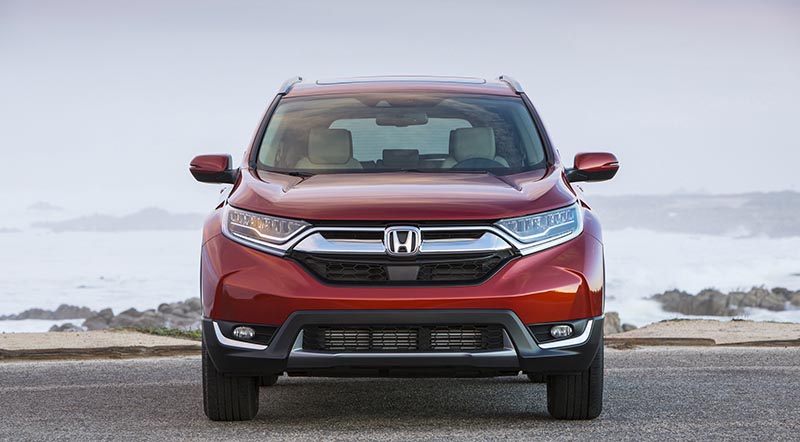 In terms of design, there isn’t any major change except a much sharper front fascia with improved LED headlights, daytime running lights and front fog lights. The fenders have been beefed up and the wheel arches have been increased in size as well. The distinct 18-inch wheels make the 2017 CR-V standout among its competitors – Nissan X-Trail and Hyundai Tucson. 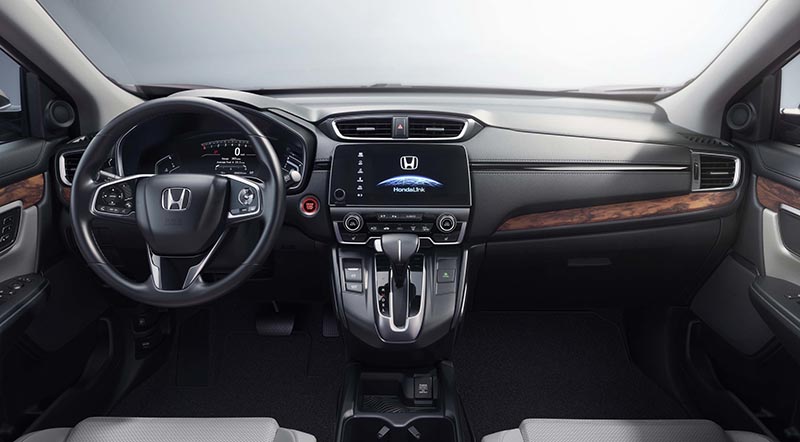 The wheelbase has been extended by a few inches, which improves both the interior space as well as the luggage capacity. As we entered the cabin, we found it beautifully designed with top-class leather upholstery and plastic material on the front dash. The driver seat is 8-way powered with 4-way power lumbar support, whereas the passenger seat can be adjusted 4-ways. The cockpit comprises of a large touch display with gearbox located underneath and a leather covered power steering wheel column.

The boot space measures 39 cubic feet with all seats in place, which is more than any of CR-V’s competitors.

The 2017 Honda CR-V comes with only one engine option:

The LX (base) and LX Plus grades are available in 2WD, whereas the EX and the Touring models come with 4WD configuration. The engine is mated to a continuously variable transmission (CVT) with Honda G-Shift Control Logic. 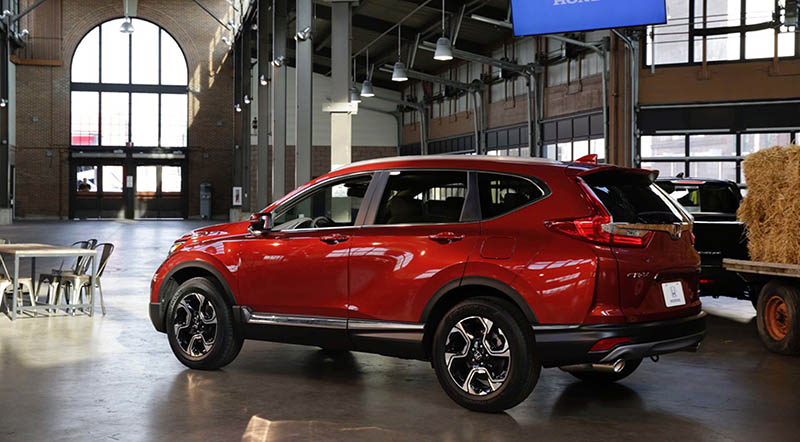 Besides featuring design upgrades, the performance of the 2017 Honda CR-V has been optimized as well. During our drive, the 2.4L engine delivered an outstanding power, while the CVT transmission with Honda G-Shift Control Logic ensured smooth gear shifting and responsive acceleration. As said earlier, the Touring trim is an all-wheel drive variant, which makes it perfect for driving on rough or rocky landscape. Thanks to the front MacPherson strut and rear multi-link suspension system, our drive on uneven terrains was exceptional and comfortable.

The only thing lacking in the Honda CR-V 2017 is the choice of different engines. It would have been a better deal if the range-topping Touring grade was equipped with a more powerful turbocharged engine.

The CR-V crossover SUV has remained one of the best-sellers for Honda and with the 2017 model, the automaker plans to surpass the previous sales charts. The 2017 Honda CR-V is definitely a versatile crossover with a range of interesting features and a powerful performance. The pricing starts at AED 89,900 (base model) and goes up to AED 129,900 for the Touring Grade.

The 2017 Honda CR-V is definitely a versatile crossover with a range of interesting features and a powerful performance.

Genesis Launches Its Brand In China With Astonishing Light…