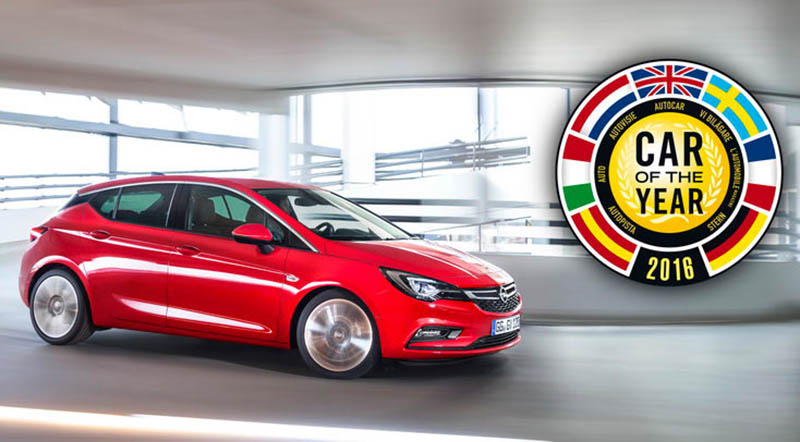 2016 Opel Astra Titled as European Car of the Year

The 2016 Opel Astra has been a huge success for the German automaker as it has already won several awards including the Golden Steering Award, Highest Residual Value and Safety Best Recognition. And now, the Astra has also been titled as the ‘2016 European Car of the Year’, winning the award with 309 points.

The final list included some of the famous luxury cars comprising Audi A4, BMW 7 Series, Jaguar XE and the Volvo XC90. The Volvo XC90 was the first runner up with 15 points less, while the Mazda MX-5 secured third place with 202 points. The jury which chose the winner consisted of 58 journalists from 22 different European countries.

Some of the notable technological equipments found in the new 2016 Opel Astra include Apple CarPlay, Android Auto, Onstar connectivity and the IntelliLux LED matrix light. The CEO Dr. Karl-Thomas Neumann expressed his delight and stated that this award indicates that Opel is on the right track.