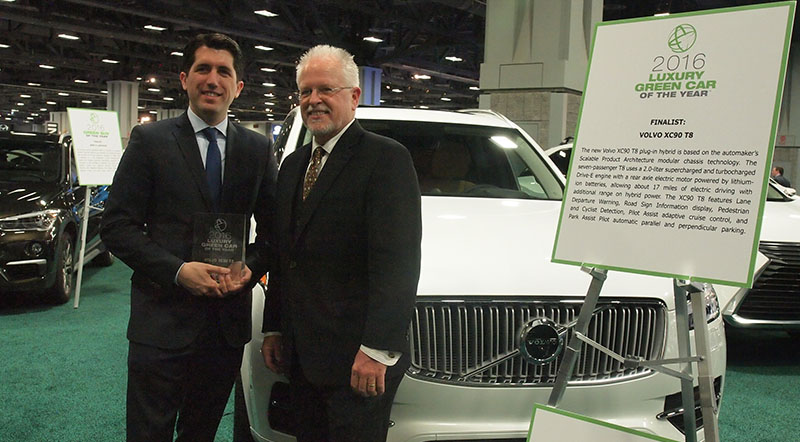 The award emphasizes on a cars’ sustainability and safety, to promote green technology in the auto industry. According to Ron Cogan from Green Car Journal, these 3 award winning vehicles have set a standard in the evolving field of “green cars” to encourage all the auto manufacturers to build more efficient, attractive and environment friendly automobiles for future generations.

The 2016 Washington Auto show will re-open from Jan 25th for the general public.

The runners up for the Luxury Green Car include:

Runners up for the Connected Green Car encompass:

Runners up for the green SUV finalists comprise of: